Suicide Is Not Painless-
Do Not Deceive YourSelf

Suicide is Not painless! You may not experience pain with the best suicide method. But pain will come eventually,(even after death). Do not commit Suicide. Suicide is a horrific destiny for eternity. 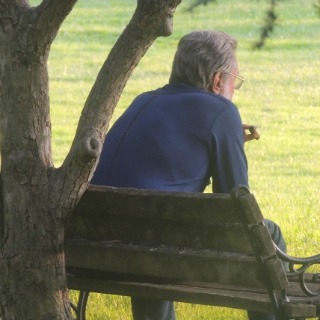 Suicide is not painless, in the afterlife,(no one who commits suicide, is free from the consequences). In this life, if you have children, (you have already set  the stage  for their life). If you are a child, (you're destroying your family).

The memory you created will never fade away, The sorrow of  your Suicide will always resonate  with those who love you,(and even in the heart of those who do not know you.

When some of your loved-ones, and friends are faced with challenges in life,(that they cannot resolve immediately).  Their first thought will be suicide,(to follow in your footstep. Suicide is not painless.

Leaving Behind a Trail of Death.

Suicide is not painless. Why do you want to leave a trail of broken heart behind? Believe it or not,you will continue a phenomenon,that cannot be explained.  All the challenges that you face right now is temporary.

Now the demons are ready to take you, (if you let them). Suicide is not painless, there is a huge price to pay in the afterlife....a payment for eternity

The demon of darkness whispers in your ears:"you will have no more  pain,sorrow, problems after you commit suicide."   "You will be happy in heaven forever."  Sorry to eradicate your joy, but that is a lie from hell.

The life you live now,will be recreated  for you to see when you are dead.  Every  thought you  ever think, (and every deeds that you've  ever done), since you were expelled from the womb, (will be presented to you, as a witness against you).

Suicide is not painless. Your life story seconds by seconds, that you lived,(even before you were created),will be aired at the judgement seat of God.

Things you did in secret; words spoken;that you have  long forgotten. Tiny embarrassing details will be a witness against you.

Remember the small insignificant deeds, (you thought, is nothing bad). But you didn't want anyone to know about? That small sin already sign your destiny for eternity. Indeed, suicide is not painless.

When you are alive and on earth, you have the privilege to ask forgiveness.  But  once you are dead, you sinned against God, and man. You did exactly  what God said you shouldn't do).

You murdered ,"killed your  own self."  You commit  suicide. You destroyed the temporary body God loan you.

Your Body is a Loan

Do you not know that your body is the temple of God, who is within you,Whom you received from God? You are not your own; you were bought with a price.

Therefore,honor God with your body"

No Patience with yourself..

Some folks cannot make any decision for themselves,when life throws them a curveball,(they are sad, and just want to give upon life immediately).

***People on the INTERNET and elsewhere) glamorize,(the best way to commit suicide. Those murderers, are going to give an account to God on the judgment day (for the many murders they have committed indirectly). They encourage, and suggest to vulnerable people like you methods to commit suicide).

Satan use them to send souls to his kingdom. They make  decisions for people when they are weak. They kick  People when they are down. They egg people on to their death. Satan is waiting for their souls too. Because he uses them as  a motivator of death on earth***

Everyone of us,(regardless of who we are). At some discouraging, devastating point in our lives,"thought  of killing ourselves,(attempting to choose death and dying),to solve a temporary problems.

As a teen, (I thought of dying),and leaving my troubles behind. I never thought about suicide, or its consequences(I just wanted get away from my challenges of life).

+++As I reflect back...I Thank God, that I didn't follow thought with suicide).  I thank God that I was delivered. Not only would I miss the good,bad, and ugly experience of my life,(but I would also miss the joys of heaven.+++

For some  people,suicide is just a thought - (but for others,it's a  true reality. They did it, or planning to do it).   "Self murder" is  the  Beginning,of A Great and Dreadful destiny, where suicide is not  painless

Never again  will those who committed suicide, be able to amend their thoughts and  begin life anew. Do Not Take Your Precious Life!

Suicide is Not  Painless-Find Peace and The Reason For Living...

Suicide is not painless.Regardless of what others may compel  you to believe.  Find  hope,peace,and true meaning to life. Killing yourself is a terrible lie from Satan to deceive you.

You cannot see the deceit,until you're dead). Satan  gives the spirit of euphoria,so that you are happy,(and content thinking about death and dying).

Satan (then laughs if you truly follow through and  kill yourself . Then you end up in his kingdom.

As mentioned, every  individual in this life experience some form  of stress. None of us  regardless of our status,will ever leave this life "alive"  problem free.-
"Pressure and pain" has its time under the sun. But the heavenly father Will give us all THE STRENGTH to overcome. If we diligently trust and follow Him.

To Both Young and Old..

Suicide is not painless. Some people (thought that they could KILL themselves,(then be taken to heaven immediately),and be free from trouble forever.

This thinking is sad,(because every soul on earth,must be saved,and Righteous to  enter into Heaven). No evil,SIN, can enter into God's Paradise.

Any (man who sin on earth, cannot cross from death), to a life of peace and joy)  Sin must first be forgiven on earth.

The ONLY ONE who can FORGIVE YOUR SIN is-Jesus Christ,the son of God.  WE MUST know Christ on earth first -AS OUR LORD,AND SAVIOR before we can receive a ticket - TO ENTER through the gates of heaven...suicide is not painless.

And "peace of mind."  He is waiting for you? . But God will not FORCE HIMSELF ON YOU,FOR YOU TO ACCEPT HIM. God created in you a desire to chose Him,(eternity in heaven), or chose Satan, eternity in hell.

You have sinned when YOU consider and follow through with suicide. No sin can enter heaven. "All have sinned,and become short,of the glory of God."(Romans 6:23).
"For the wages of sin is death,but the gift of God, is eternal life"(Romans 3:23).

You deserve eternal death from God in hell. But Jesus Christ blood rescued you,when you ask for forgiveness.

We are All Sinners Bound for Hell..

First,neither you,nor I want to end up in hell. And whether or not you believe in hell, that doesn't change anything).Suicide is not painless.

There is a Hell, and if you miss heaven, you will end up there,(if you commit suicide). Then you have  no one to blame but yourself,(it means that you believe in Satan).

Make your life,your story count for righteousness,suicide stories.  But whether you live or die,there is still a Hell, where suicide is not painless.

And I saw a great white throne, and Him who seated on it..
Earth and sky, fled from His presence and there was no place
for them...And I saw the dead, great and
small, standing before the throne..and books were opened..
Another book was opened,which was the book of life....
The dead were judged according to what they had done as
recorded in the books.The sea gave up the dead that
were in it, and death and Hades gave up the dead that were
in them. And each person was judged according to what he
had done.THEN DEATH AND HADES WERE THROWN
INTO THE LAKE OF FIRE.If anyone name was not found in
the book of life, he was thrown into the lake of fire"
(Revelation 20:11-13).

How to Find Hope:

For if you will (confess with your mouth the Lord Jesus), and (believe in your heart) that God hath raised Him from the dead. You shall  be saved.

For with the (heart man believe unto righteousness), but with the (mouth confession is made unto salvation).

Prayer for Suicide is Not Painless-

Lord Jesus,thank you for dying on the cross for my sins. Wash me with your precious blood,accept me as your child today.Take control of my life.Remove suicide thoughts from my heart.Make me the type of person you created me to be.I will serve you forever,Amen

From To Death is My Choice